Bison of Northern British Columbia and The Yukon

A recent trip up to Northern, BC revealed that spring had not managed to visit the entire province equally. As we travelled north of Smithers the snow lining the side of the road grew closer to our vehicle with every kilometre eventually swallowing the road and erasing both the middle yellow and shoulder markers.

After some time we reached our temporary home in Iskut, BC, a beautiful small First Nations community surrounded by large lakes, provincial parks and alpine sights.

A weekend expedition arrived with much anticipation as it meant a crossing a new border for Rebecca and I both, north of 60.  The earth here is about half as big around as it is at the equator.

The landscape seems to obey provincial lines as the familiar forest thins and smaller trees are more common, allowing a much greater chance of critter sightings.

The American bison is common in these parts and it seemed they had a common pastime, sunbathing.

The roadways are littered with motionless dark blobs. Moving closer reveals a majestic commanding animal lounging in the sun.

Feeling the heat on your own body you can well imagine what the solar radiation must feel like on a thick coat of dark coarse hair and what a pleasure the cold snow must be on the belly. 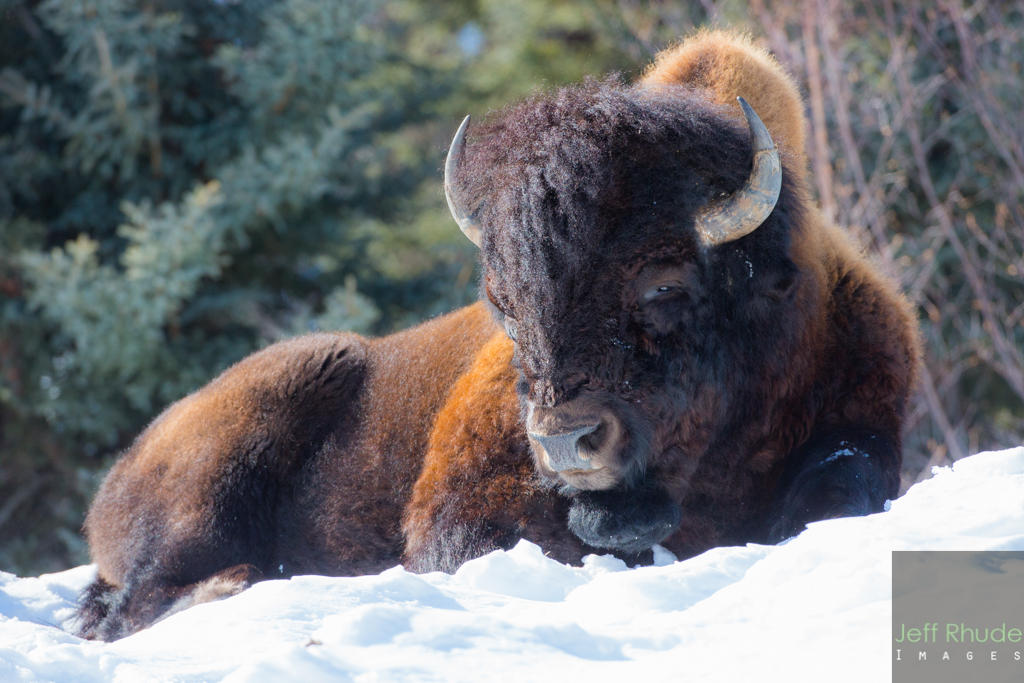 With this kind of life, its no wonder they don’t pay much attention to us and our camera noises.

I certainly did like the look of this guy with the beard, maybe even a little envious of his man fleece.

When the sun goes down in The Yukon, there is nothing quite like a roll in the dirt to really set that tan. 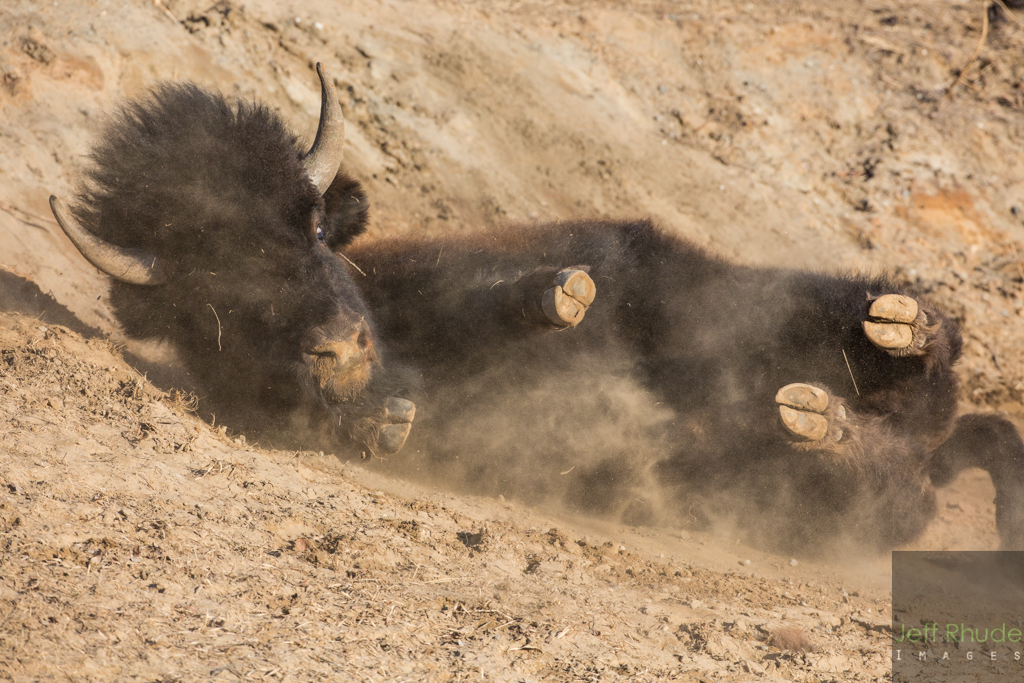 Just be sure to check your hair.