I spend most days with my camera, looking for interesting things to photograph. Sometimes I am in my vehicle driving along seldom used roads and at times even more seldom used “roads”. Other times I am on foot, toting a large telephoto and some extra memory cards hoping to catch some movement out of my peripheral vision.

It’s easy to be discouraged, heading home with little to show for your day. The should have and could have thoughts are playing in your mind, attempting to think yourself into improving your chances the next day.

If you keep at the early mornings and take your own advice, you are inevitably rewarded with an animal encounter that instantly flushes away all frustration and your sleepy eyes.

A little coyote in northern BC, just walking along the roadway was a nice surprise among the endless kilometres of snow covered hills. A welcome sight after several sleepy mornings without even a roadside raven. 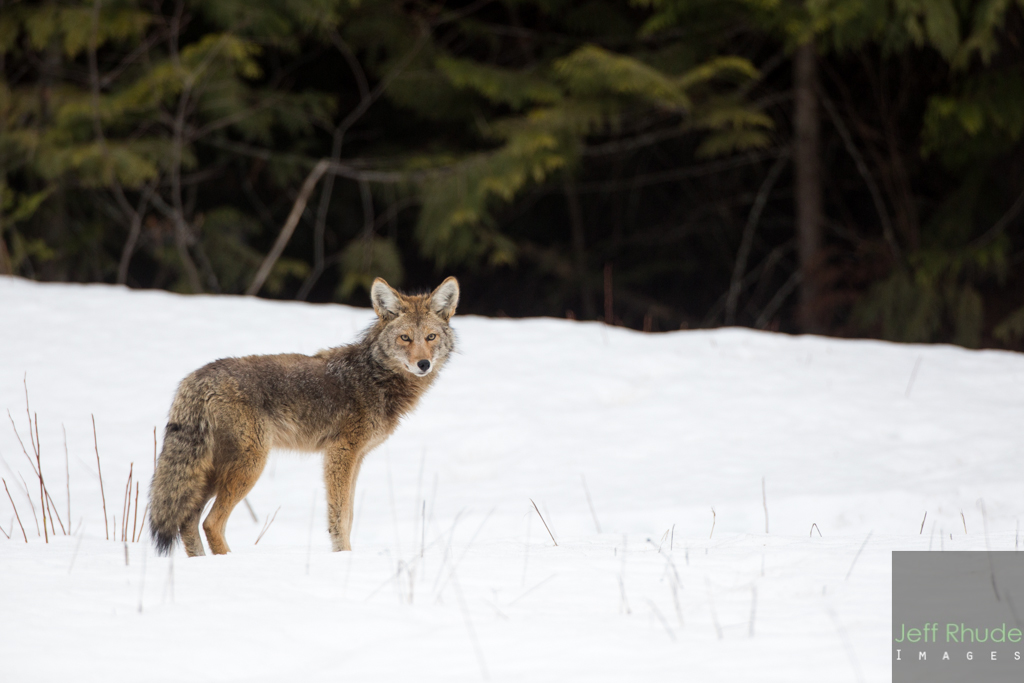 Rebecca and I were driving just south of the BC/Yukon border after a great day photographing some bison when she spotted some movement on the frozen river just off the road. A better look revealed a wolf pack making their way across the river.

Any attempt to sneak up on wolves seems to be in vain as they are much better at this whole survival thing than we are.

I managed to get a few shots with a long telephoto before they disappeared behind a small island. 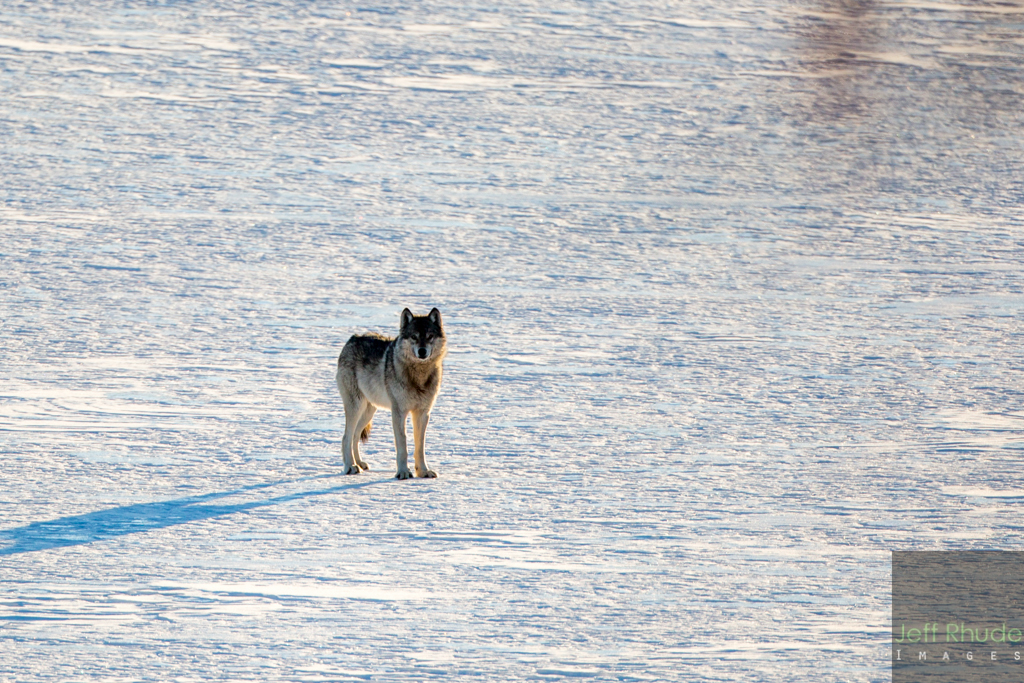 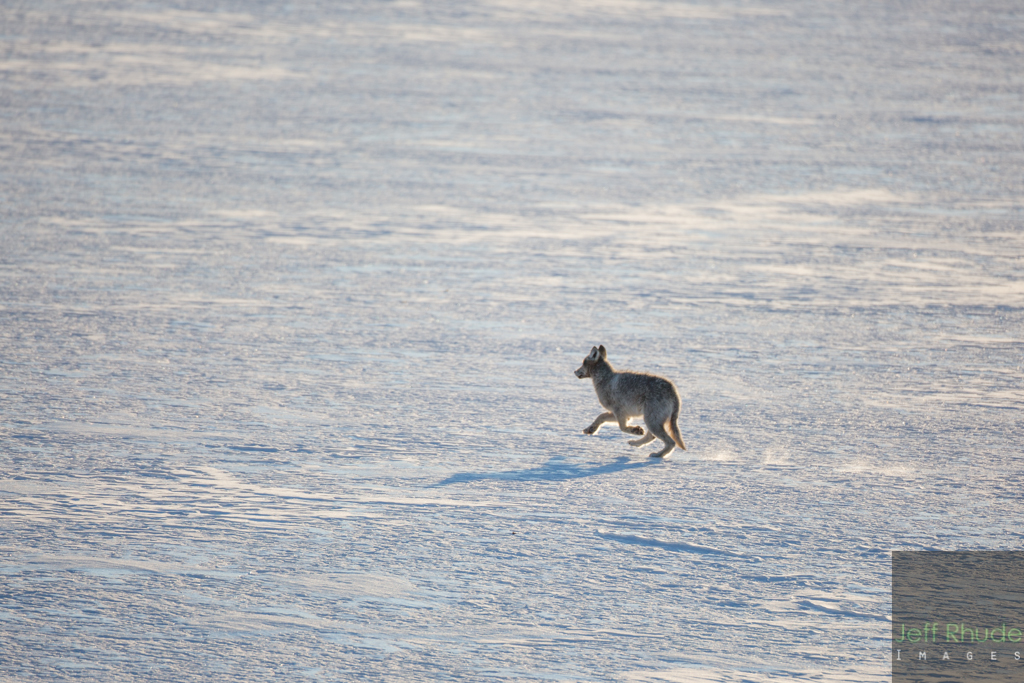 Recently after an unseasonal snow storm near the Banff and Lake Louise area, I did see something out of the corner of my eye while driving down Highway 1A. A large dark figure was trotting along a clearing out of the left side of my vehicle. I was too slow to catch it with a quick stop and shoot but I was certainly glad to have seen it.

I then moved about 1/2km from the clearing until I was able to spot another clearing. I stopped the car and turned off the engine, hoping he would emerge from the brush.

Seconds later he emerged and gave me a quick glance, not breaking a stride before disappearing again into the brush.

A rented camper travelling the opposite way passed one or two seconds later, driving quite quickly just missing the wolf.

I wonder what kinds of things I have missed by only a second or two. 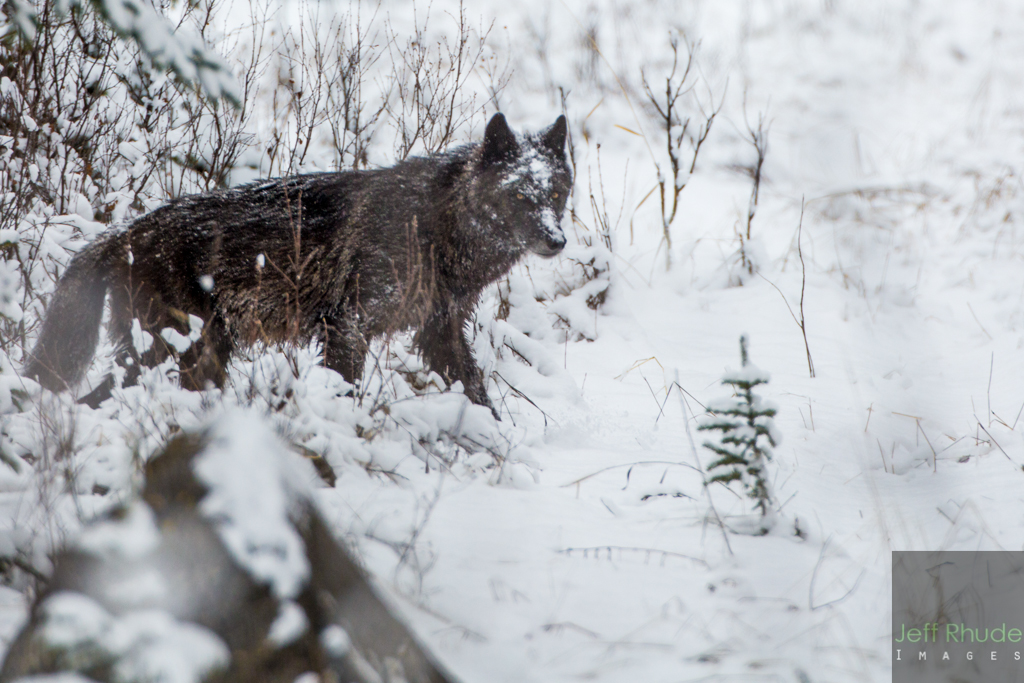