The Gili Islands are a hotspot destination for tourists visiting the Lombok region and even the Bali region in Indonesia.

The group of three are the most visited in the area and all three have a different vibe while on the island. All three islands are completely clear of motorbikes and cars so you can enjoy the peaceful contrast to the hustle of the nearby Bali and Lombok islands.

Trawangan is where most people come to party. There are lots of bikinis, 6-pack abs and tribal tattoos. Although it tends to be a party mecca, it is a nice vibe and most people are well behaved.

Meno is the least visited of the three and has a saltwater lake in the middle of the island. Apparently Lonely Planet reported that the lake caused a mosquito problem on the island and this is why its so quiet. Later this assertion was discounted.

Air (meaning water in Bahasa, just to confuse things) is definitely quieter than the party scene happening on T. This being said the locals and tourists alike know how to have a good time. The quirky little bars along the water are the preference to any large fancy resorts and are a lot of fun at night. Dive shops are the other major sight on the island where every hotel with a pool is being used for beginner diving courses. More rustic accommodations keep you in the island groove and offer large lounger beds on the west side for watching the sunset solo or with that special someone.

During sunset, I chose to walk and photograph along the way.

The islands are so close together, a few people have tried to swim between them. Too bad this area is home to some of the swiftest currents in the world. The tide is also interesting in the area. We are only 8 degrees south of the equator but since the water is so shallow until about 1km from the island, the receding tide uncovers some hidden coral fields.

All throughout Bali and Lombok, the beaches are littered with traditional outrigger fishing boats painted in vivid colors. 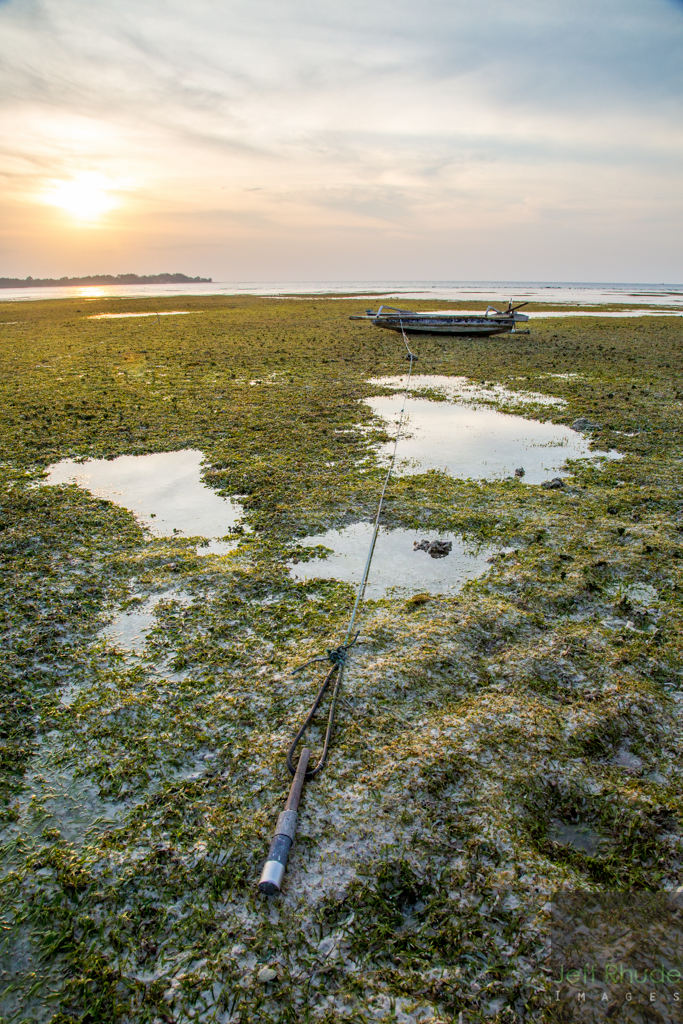 This is an area of the world I will most certainly miss and I will be returning here in the future.