Well, it’s sure been a long time since I have seen the add-new post interface. The reason was mostly due to the very poor Internet speeds we encountered on our travels…Oh, and apathy.

I am back in Canada now, adjusting to the cold,  the silence and the very speedy Internet. Despite all of these things, I do miss some of the SE Asian culture, like the 2am street noodle lady and the street market chaos.

I do have a number of photos to reject, crop and touch up so hopefully you will see a lot more posting action in the near future.

At first glance there is only chaos in the Kathmandu streets. Back roads and stone alleyways  move cars, school children, monks and bicycles. Vendors advertise, sell and deal. Garbage collects, and tourists stumble on the uneven bricks and concrete. Domestic animals squeak by fast much larger moving objects with determination, like they are late for some kind of appointment.

A little more observation brings an unspoken, unwritten order to the chaos. Everyone seems to know what it is, likely learned by trial and error, bumps and bruises and the occasional tire tread over your foot. After a while you get it to, the advantage goes to the fast learner.

If you are looking for interesting photographs, the streets of Kathmandu are at times overwhelming and a bit dangerous, despite all of the negatives, boredom is impossible.

Some market vendors are mobile, choosing to advertise by voice rather than sign.

Some choose a less active approach.

Some enjoy a morning paper. 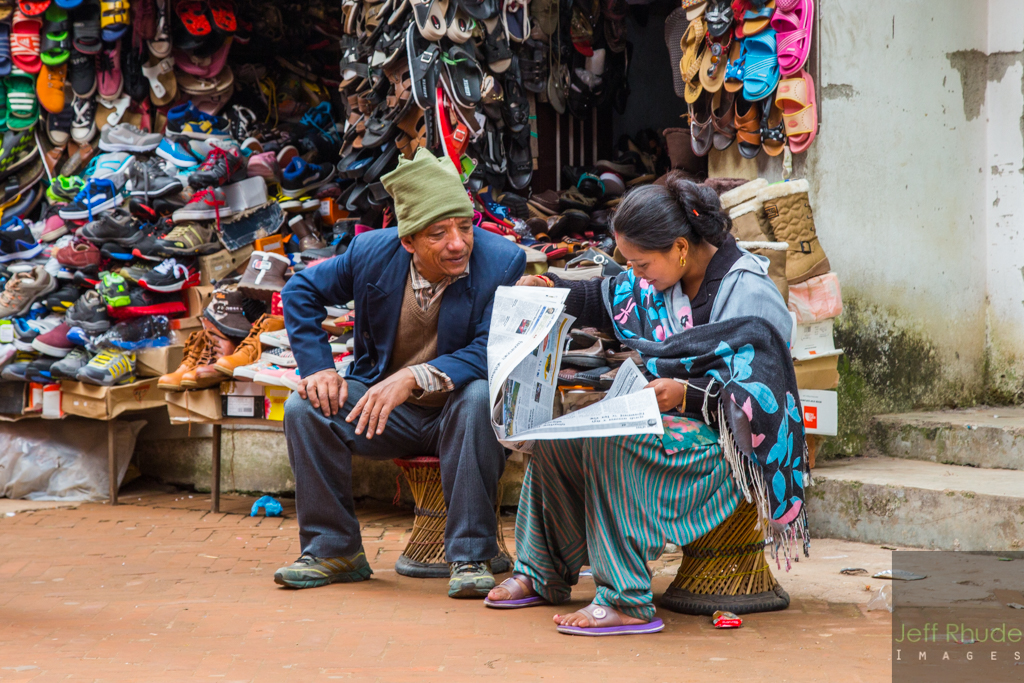 You may stumble on a sidewalk workshop.

Or an inside workshop.

Or even a furniture workshop.

It can even be fun to watch the garbage man.

A number of streets are linked to religious sites, in this case Boudhanath, one of the largest stupas in the world.

An early morning visit was very interesting as it was busy but only with locals circling the stupa and spinning prayer wheels.

This woman seemed content to sit on top of a stupa ledge and look over the crowd. Not so unlike my experience. 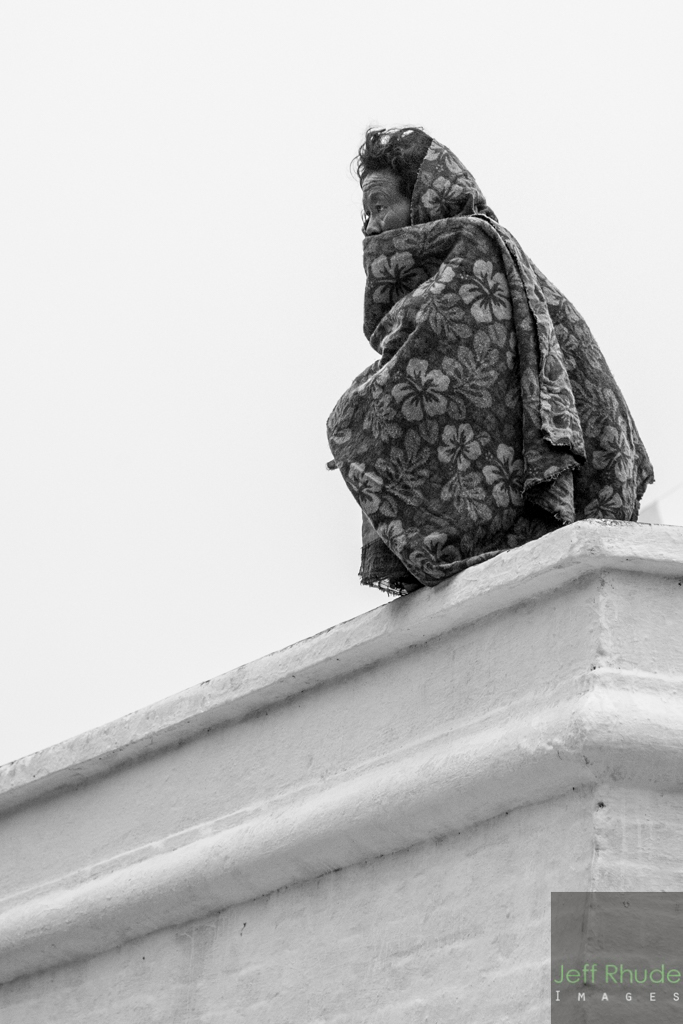