Living North of 60 has been pretty great so far despite what those Southerners think life is like during a Yukon winter.

As new residents of Haines Junction, YT we are settling in. As I type this, I look on to the peaks of the Martha Black peaks in our backyard. West of here is the expanse of the Kluane National Park, a UNESCO World Heritage Site.

Travelling South on the Haines Highway, you will travel over the aptly named Haines pass, one of the most beautiful winter scenes in all of Canada.If you survive the ice and drifts, the end of the road is Haines, Alaska, a quaint and friendly remote community. Both mountainside and oceanside make for some stunning landscapes and very inclement weather.

During the last salmon run of the year many Bald Eagles gather in near rivers and streams in coastal waters to feed on the running salmon in order to fatten up for the winter. The birds are notorious scavengers and find the zombie state of the fish a much easier target than usual, essentially waiting for a post spawn wallower to drift along the shallower waters.

Haines is not the only place that draws eagles however it is probably the most advertised and many tour operators take advantage of this spectacle with pros and clients bringing long lenses and many accents. I have seen many great photos from Haines and like everyone else I wanted to get a great one (or two) myself. 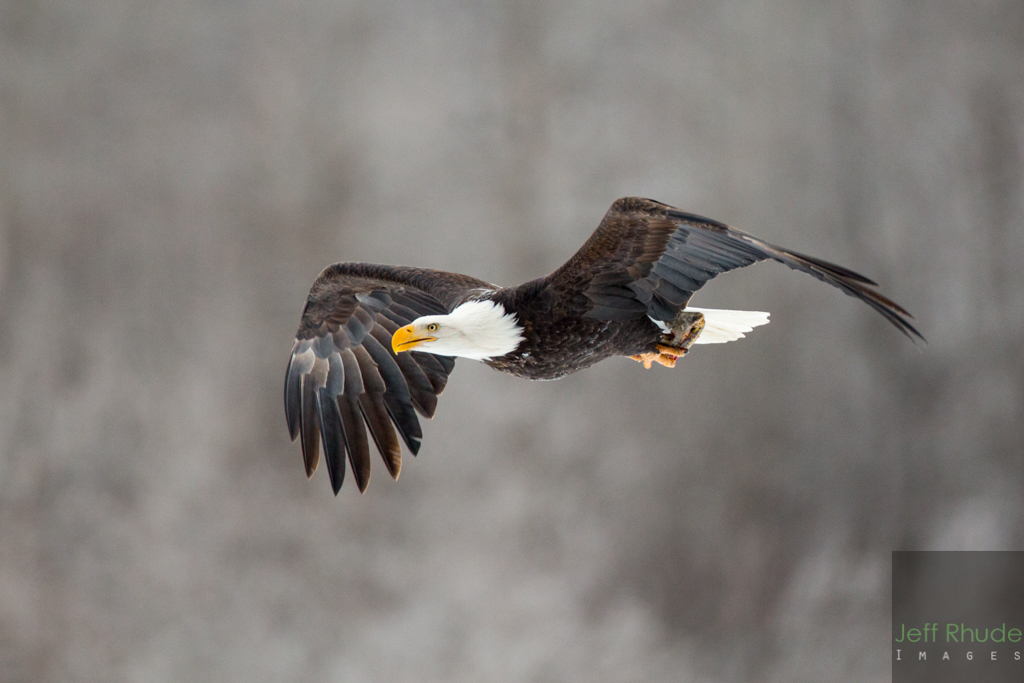 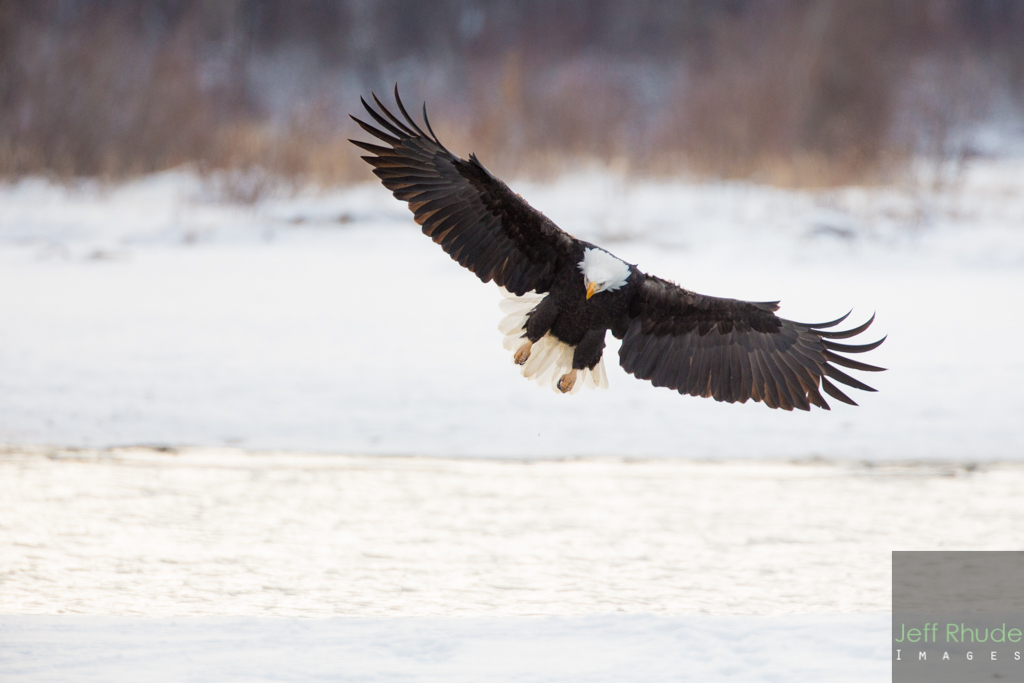 I was told that this year was a little different than in previous years. The ice on the river had not frozen much due to a warmer than usual fall, a trend that is especially impactful in northern climates.

As a result of the change in the ice, the eagles had kept their distance a little more and were not quite as accessible. 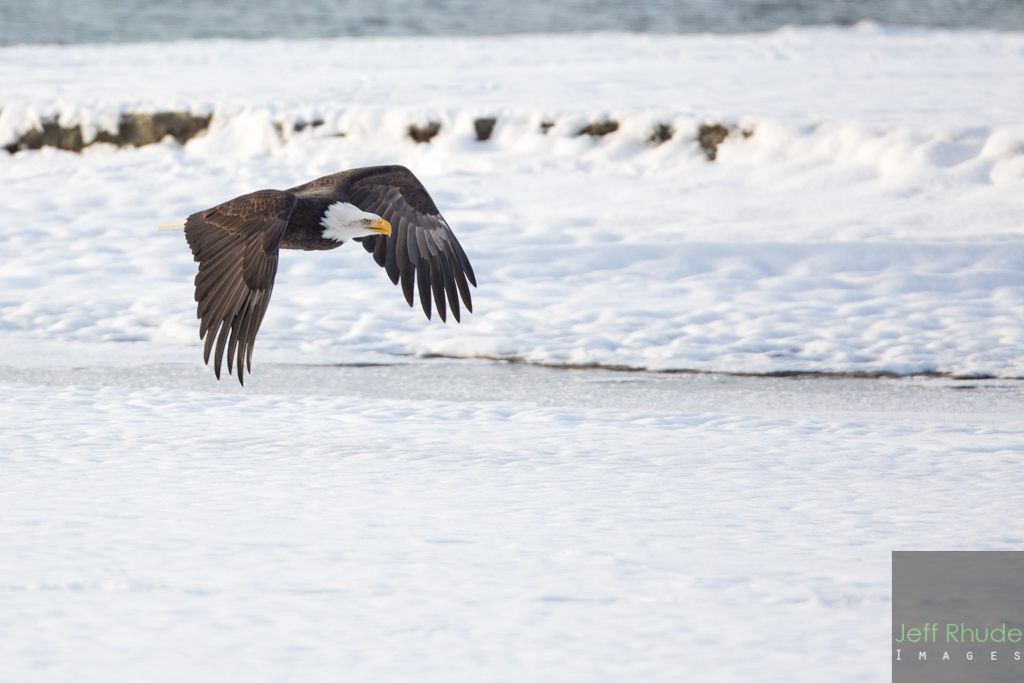 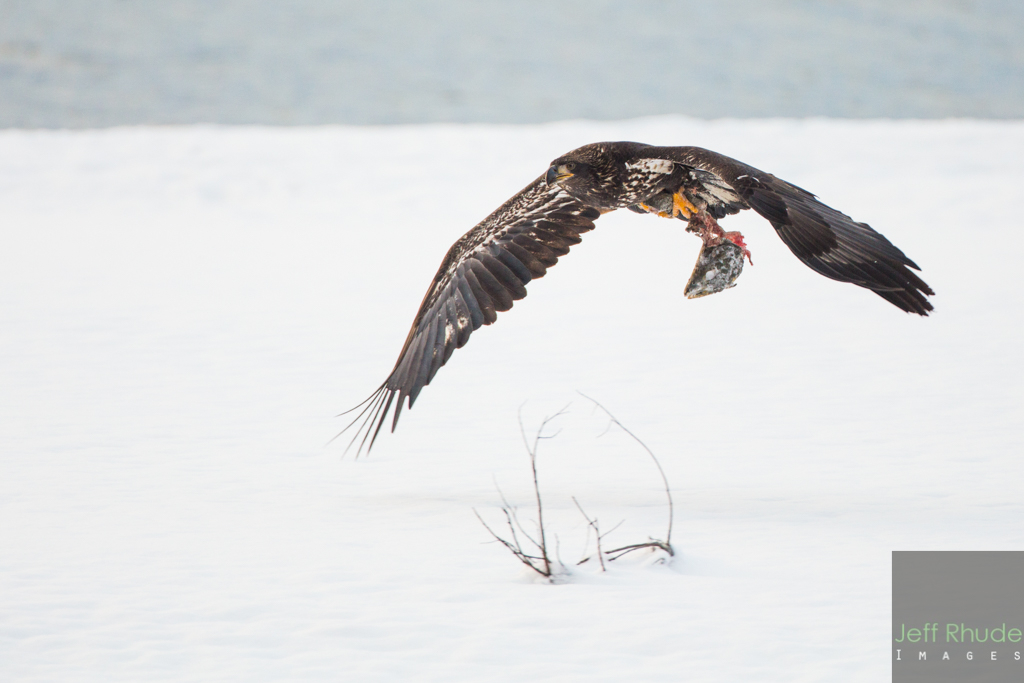 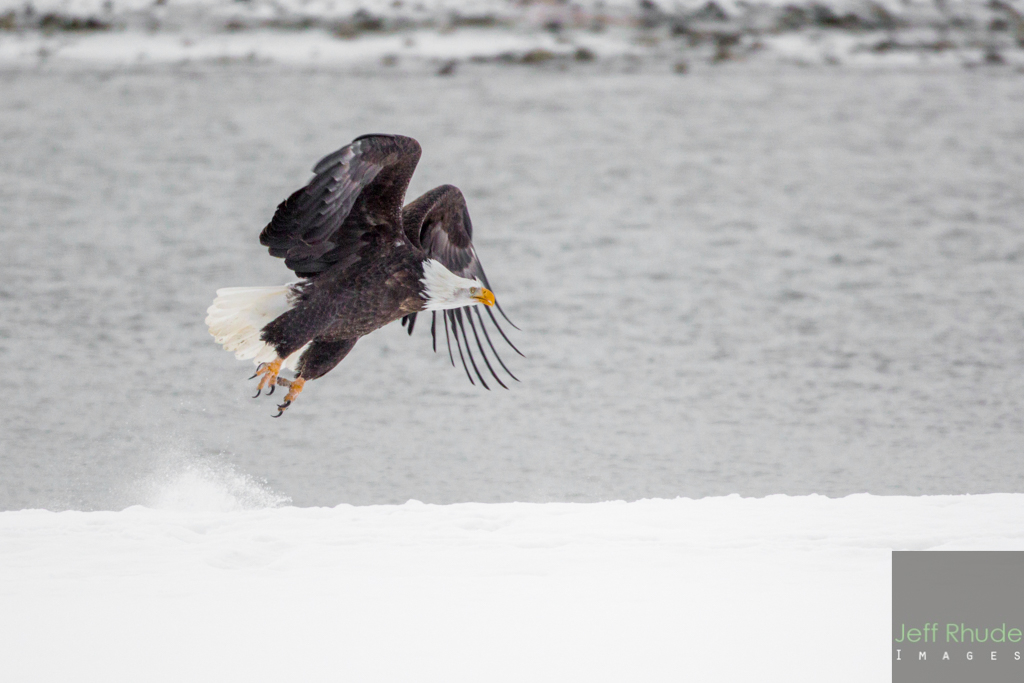 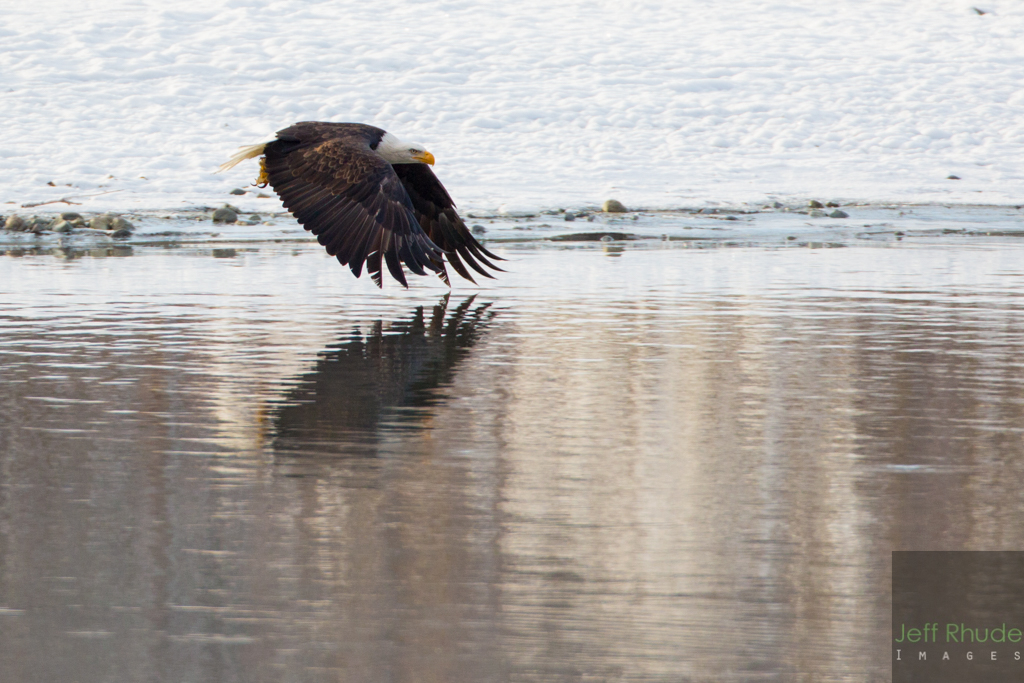 I still managed to come away with some shots I was happy with. I hope you enjoy.